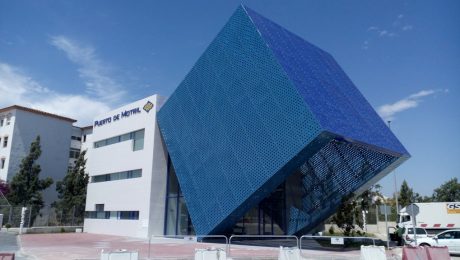 In this building built by Invesia (old Fábricas and Drenajes, S.L.) is located Motril Port Police, as well as offices for the exploitation of the port.

The port of Motril continued from celebration. If a couple of weeks ago celebrated the awards to mark the tenth anniversary of the creation of the Port Authority, yesterday the institution took the second open day that the dock was scheduled to inaugurate the blue building, located on the dock of the Azucenas and a roundabout to the dock in honor of the Spanish Armada.

Invesia builts the first wooden building in the center of Granada 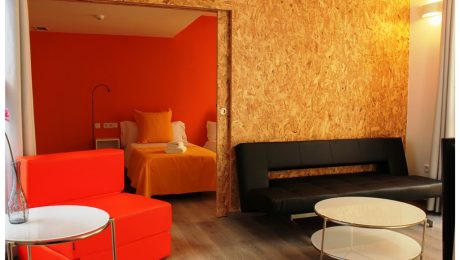 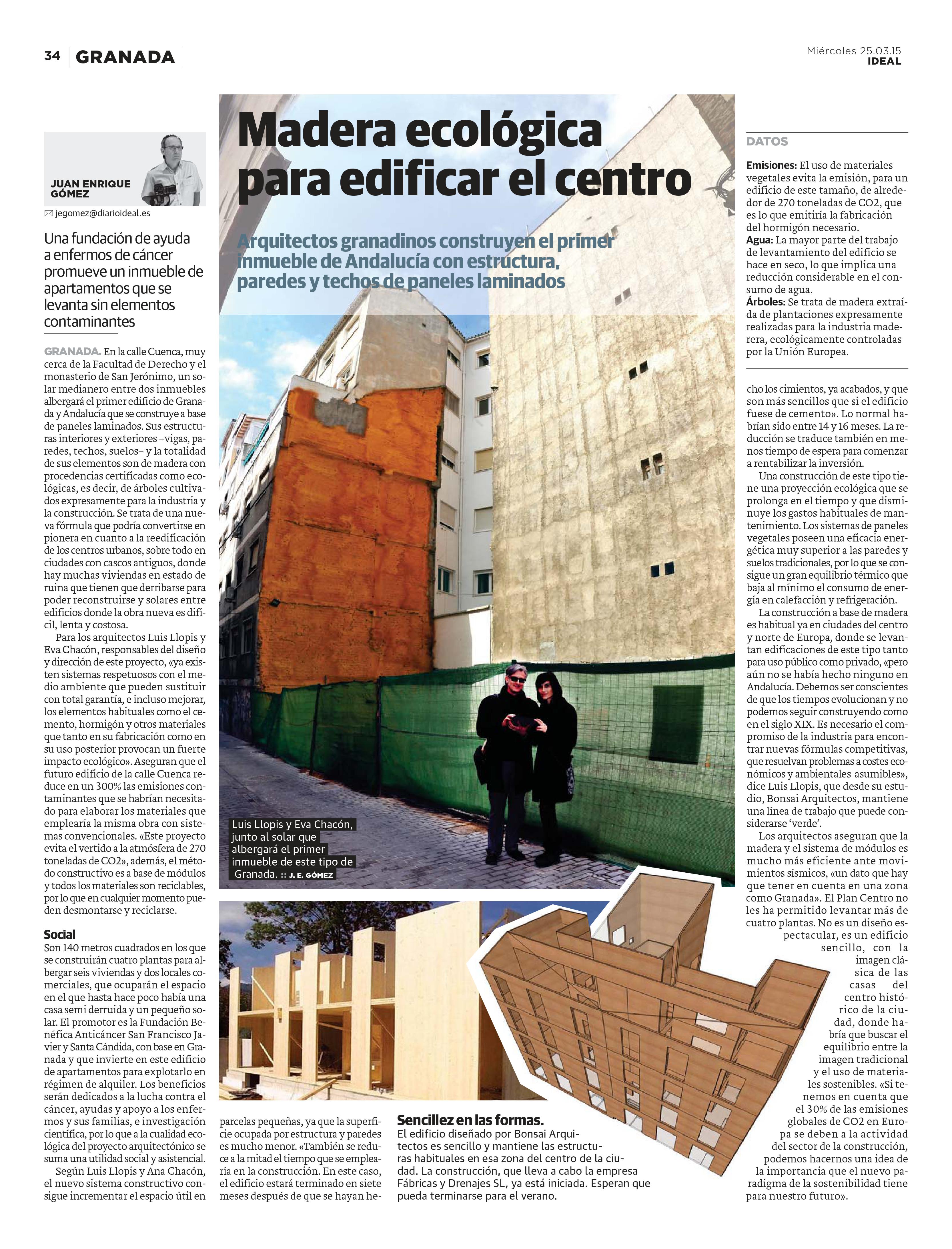 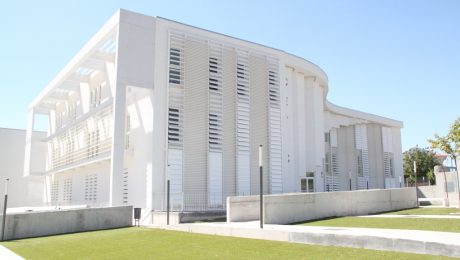 Last October 10, the CETIC (the center of ICT companies) of the University of Granada (Universidad de Granada)was inaugurated. It offers a great location and facilities to technology companies Granada . The opening ceremony was attended by Secretary of State for Research, Development and Innovation of the Ministry of Economy and Competitiveness, Ms. Carmen Vela Olmo, with the Rector of the University of Granada and Vice onGranada, Don Francisco González Lodeiro, with mayor of the City of Granada and president of honor of onGranada, Don José Torres Hurtado and the Government Delegate of the Board of Andalusia in Granada and Honorary Member of onGranada, Doña Sandra García.

The building is designed and built according to the specific needs of TICC sector and is an important pillar for onGranada as it opens its doors with 14 companies TICC of which 12 are companies associated with onGranada.

The Technology Center of the University of Granada, in Gran Via, will open in May and will accommodate 42 companies 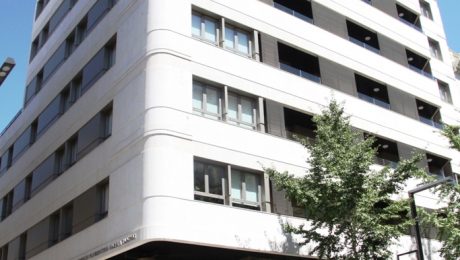 It is a complete rehabilitation by joint venture between the companies Invesia (old Fábricas y Drenajes, S.L.) and Heliopol SAU

The University of Granada (UGR) will open within a period of two months -end April or early May-the Technology Transfer Centre. It is in Gran Via, in the building that bought Caja Rural de Granada and host everything related to technology transfer and research. In the seven floors of the building the
Transfer Office of Research Results   will be installed, the University-Enterprise Foundation General and the staff of Vice President of Science Policy and Research.

Workers of all these services will be on the first three floors. In the remaining four will be the business incubator. It is the space in which many business projects members of the university community will be launched. There will be up to 42 companies.

The new building of the faculty of Economics is finished. 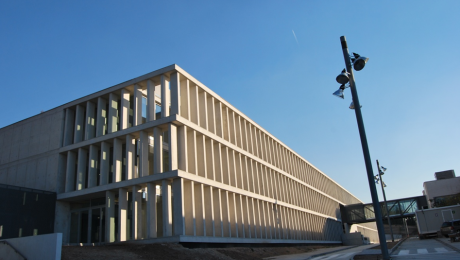 The extension of the Faculty of Economics and Business has been carried out by joint venture between companies Invesia (old Fábricas y Drenajes, S.L.) Acciona and Chm.

The UGR will debut a building that has cost more than 8.6 million euros and that will mitigate the severe shortage of space in the center with more students.

Finished work. Two words that mean that it is less to the Faculty of Economics and Business Administration from the University of Granada (UGR) ends its journey by other centers even to teach their qualifications.

The infrastructure of the new module is completed and delivered to the Granada university. 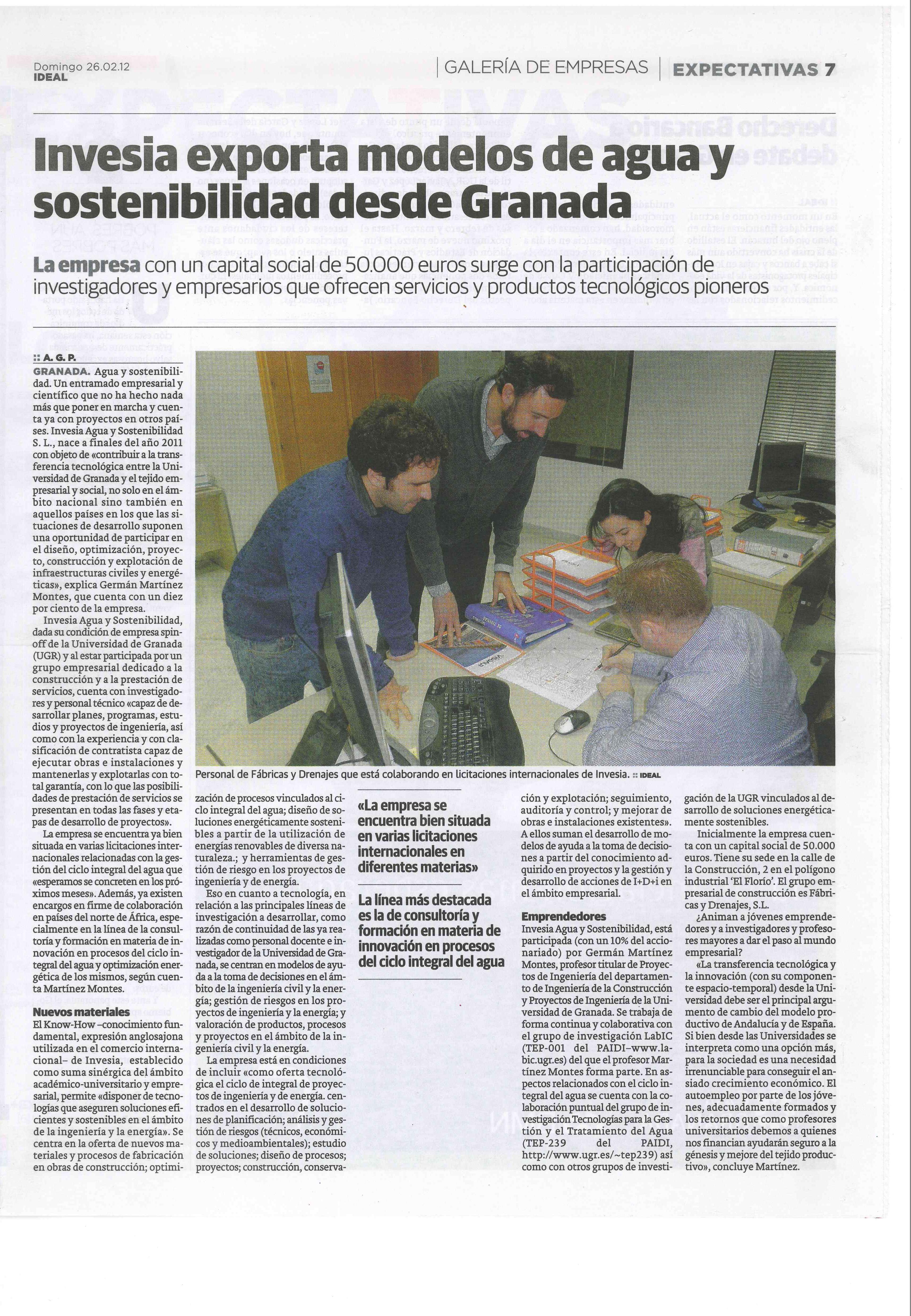